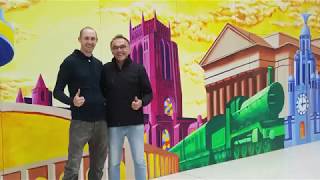 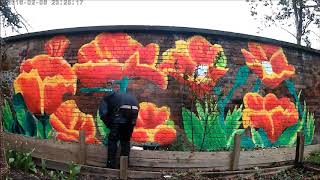 This beautiful, bright poppy mural was created for Calderstones School's Eco-Garden. It is painted in the walled-garden, on a wall which was in quite a dark corner. ​ The large scale red and yellow flowers really transform the wall. It makes a great back drop for the students to tend the garden and study nature. The wall is pretty old and its condition was varied. Some of the mortar gaps were quite deep, but I didn't want to do any skimming or pointing as I like the old br