Get your first ever Paul Curtis Artwork calendar!

For the first time ever you can get your very own 2021 Paul Curtis Artwork calendar. Start off 2021 the right way with a calendar featuring twelve of Paul's favourite pieces he's done. Calendars are just £12.99 (plus p&p.) Make sure to tell Paul your birthday and he will be the first to wish you happy birthday next year. 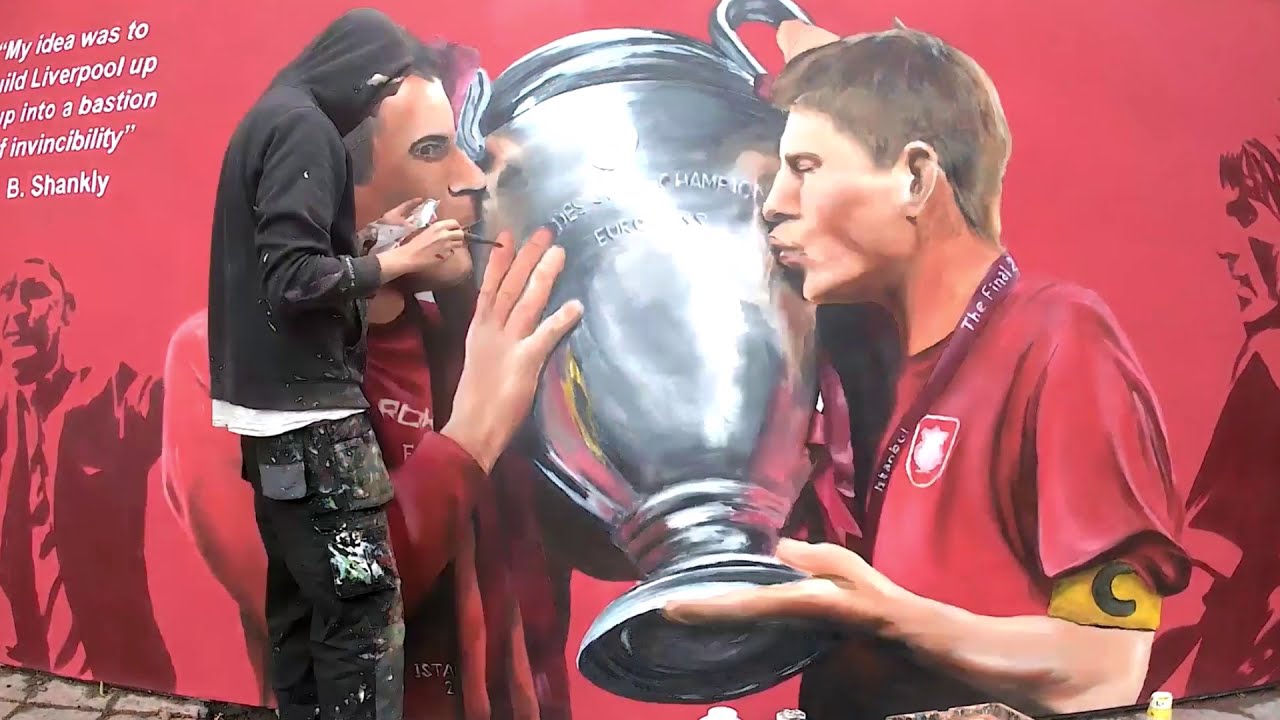 Head to the new Gerrard and Carra mural page via the street art page. This mural of Carra and Gerrard is located at Hotel Anfield, just a stones throw away from Anfield Stadium. It celebrates the ecstasy and sheer relief the team experienced that night. However, it also celebrates the history of the club and reflects that without the solid foundations built by those who went before, this feat would likely never have been achieved. Two heroes of the past, Bill Shankly and Ke 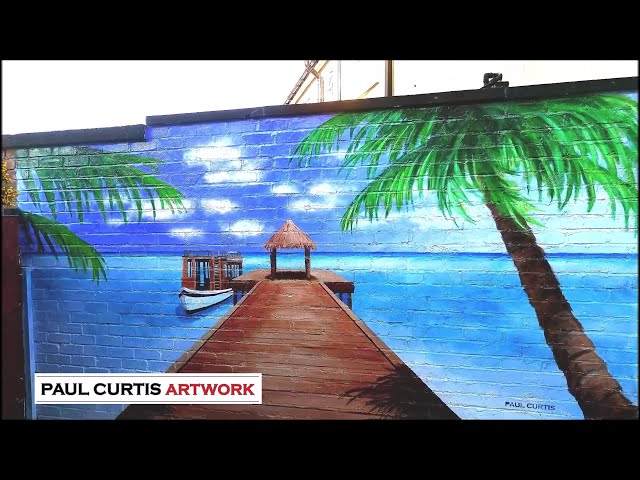 A tropical, Caribbean paradise scene captured on a brick wall in a back garden in Hunts Cross, Liverpool by Liverpool street artist, Paul Curtis. The blue seas and blue skies contrast sharply with the exotic holidays we all missed out on in 2020! Head to the page via the murals page to check out the murals page!

Painted in June 2019, Paul painted this mural of John Lennon for the Liverpool based opticians, Johnny Goggles. Painted on shutters, which does pose challenges but the final result looks amazing. There has been nothing but praise for the Paul and his mural. The owners were more than pleased with the final result wanting to keep the shutter closed so they could see the mural more. Head over to the page on the street art page. 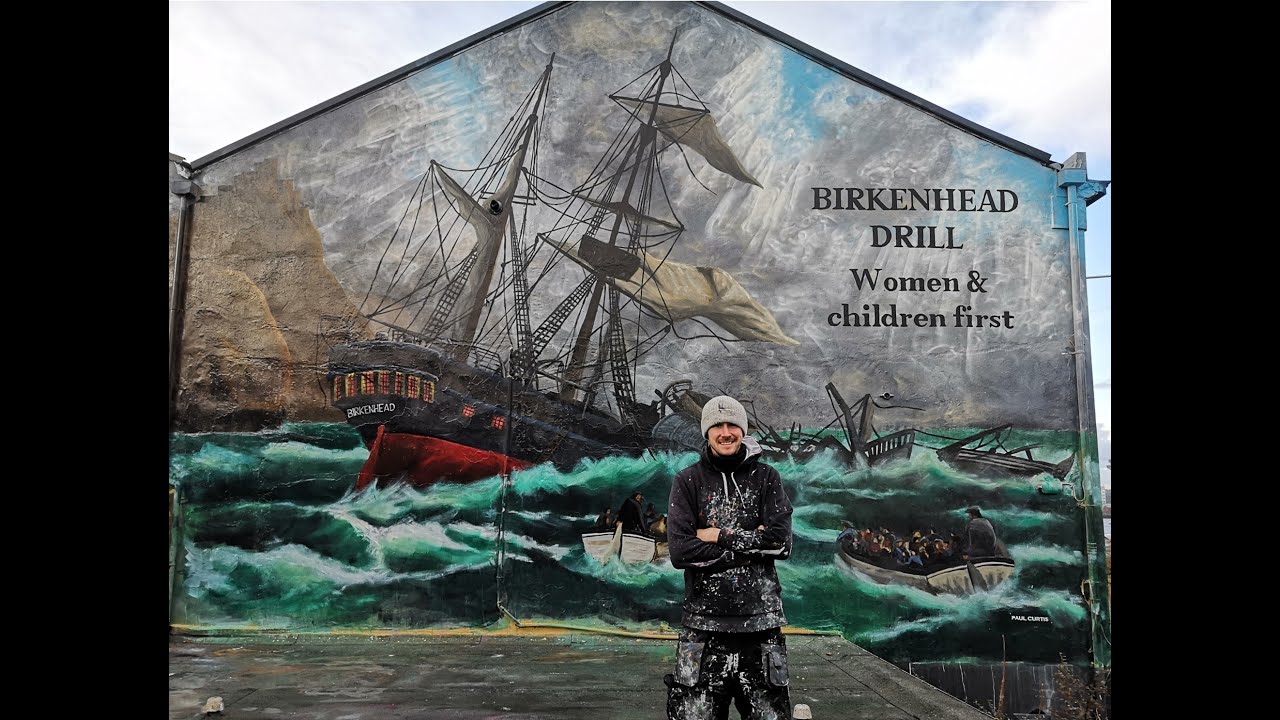 HMS Birkenhead was one of the first iron-hulled ships built for the Royal Navy. She was designed as a steam frigate, but was converted to a troopship before being commissioned. She was wrecked on 26 February 1852, while transporting troops to Algoa Bay at Danger Point near Gansbaai, 87 miles (140 kilometres) from Cape Town in the Cape Colony. There were not enough serviceable lifeboats for all the passengers, and the soldiers famously stood firm on board, thereby allowing the 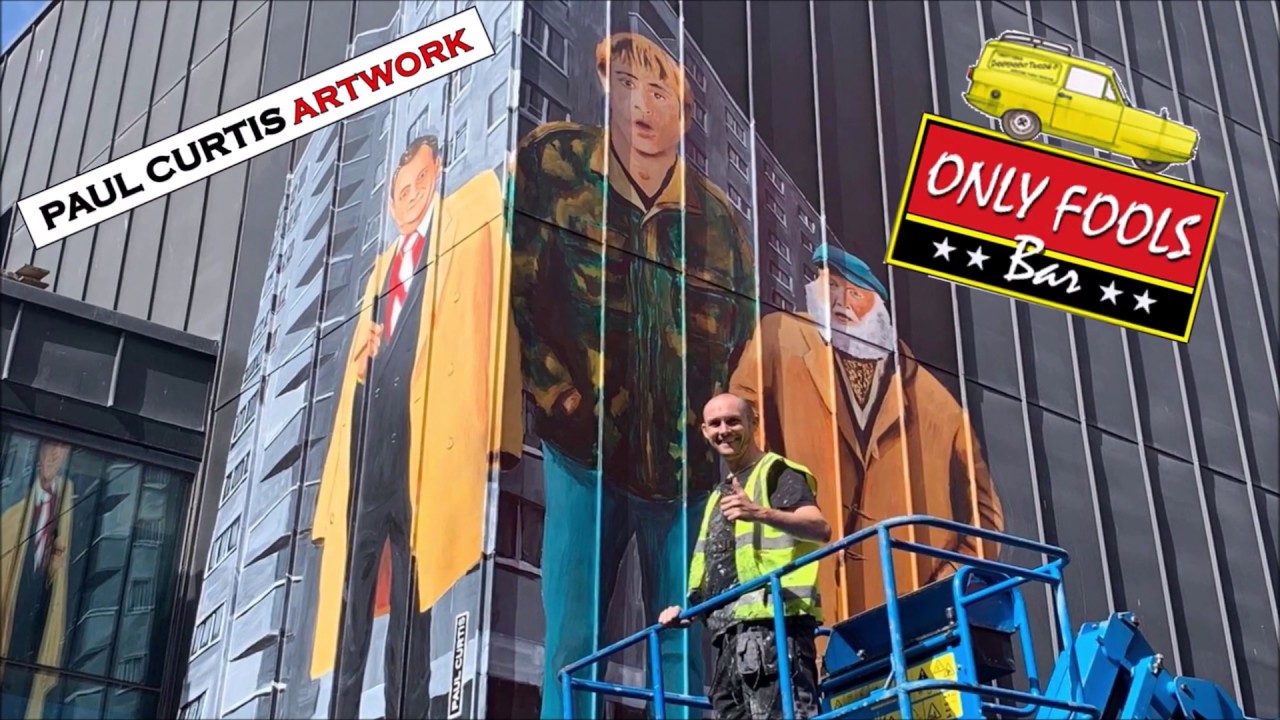 Only Fools and Horses mural

The Only Fools and Horses mural page is up! Painted in 2019 for the Only Fools themed bar in Liverpool on Seel street the mural of Del Boy, Rodney and Uncle Albert stood in front of the Nelson Mandela house in Peckham, makes the bar stand out for passers by to see. The mural was actually painted over one of Paul's previous murals of a monkey for the bar Circo before the bar was taken over by the Only Fools bar. Head over to the page via the street art page to check out the pa