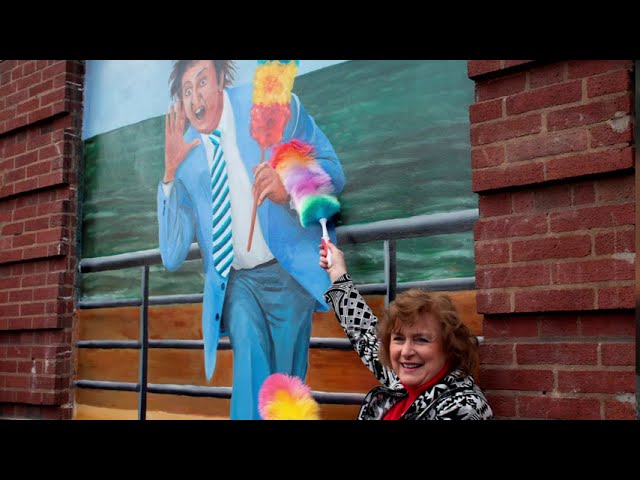 These two murals, paying tribute to a comedy great, were a collaboration with Liverpool's Royal Court Theatre and The Comedy Trust. One depicts Sir Ken in his trademark pastel blue suit and tickling stick. He is pictured on a seaside promenade - a nod to the the seaside theatres where Mr Dodd plied is trade for so long in his early career. The second mural is really a bit of font play with the lyrics to Ken's biggest musical hit, the song - Happiness. A couple of the Didd 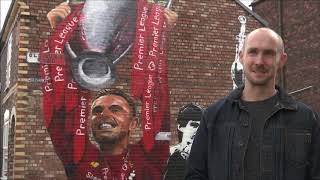 Thanks to Revilo properties, who sponsored the mural and James Carroll for the interview with SNTV news. Check out the video here. The page for this mural is now up, head to the murals page to check it out. 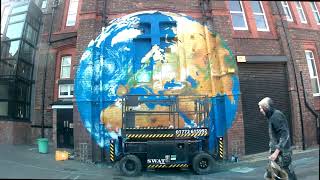 Check out the Earth from Anfield mural page here. The whole wide world captured on the side of Anfield Primary School in Liverpool. The earth is approximately 6 metres in diameter. It was a spot of good luck that the circumference matched up exactly with the curved window lintel. The painting is in the school yard. The school has an international mix of children and hopefully the kids will be able to teach each other a little pointing out which part of the world their familie 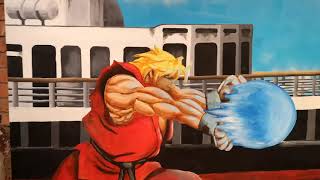 The Street fighter page is up! A mural paying tribute to the classic arcade game Street Fighter 2. Painted by Paul Curtis at Arcains (Cains Brewery, Baltic Triangle, Liverpool). The fighter is in the attacking Hadouken pose with a blue fireball shooting out towards an unseen fighter (allowing you to be part of the picture). he background is parodied, the quayside has been altered to include the famous "Ferry across the Mersey" Ferry - The Royal Iris. This mural was completed

On the 23rd of June I started a major project called "New Ferry- Dancing with Colours." This project is a collaboration with New Ferry Residents association and the Wirral council. The project is part of the New Ferry redevelopment in response to the devastating explosion that occurred three years ago, injuring eighty one people. This project was proposed about eighteen months ago, however there was some opposition to having street art on display. But thanks to the perseveran

Step into the enchanted forest...

Ainsley & Dale video is up!